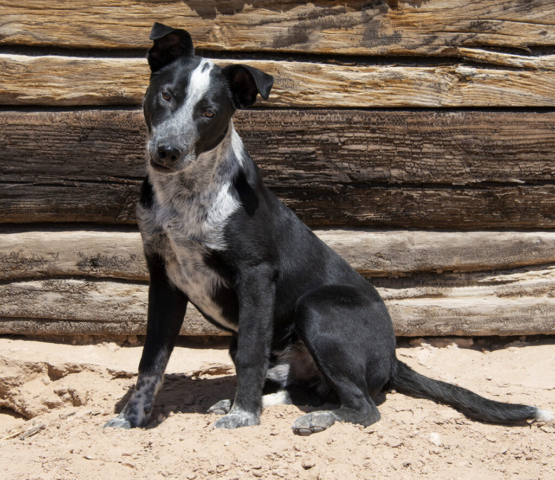 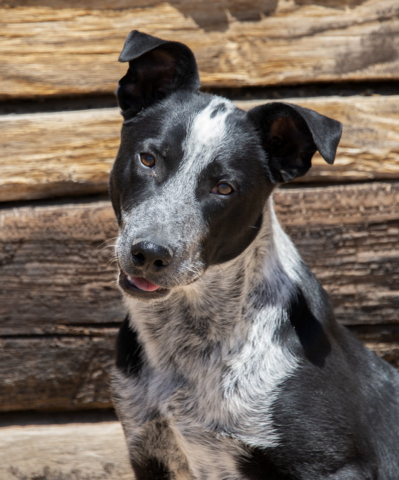 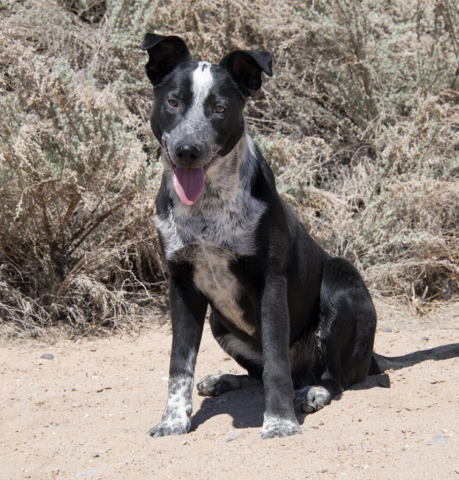 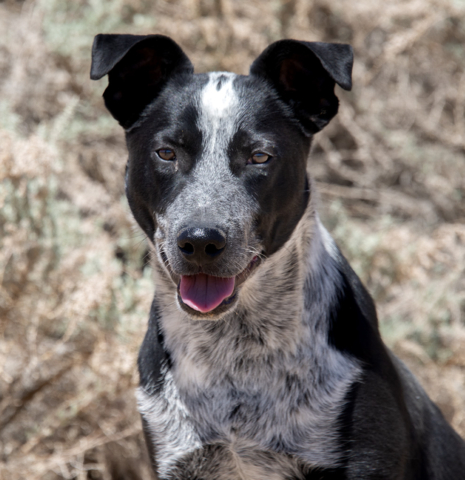 Lorenzo is a private rescue. Click on photos to see larger images.

We’re excited – and sad – to announce that this little fella we’ve been fostering will soon be ready for adoption.His story: A few weeks back, I loaded up our 3 dogs and drove down to San Lorenzo Canyon in Socorro County for a day hike. For those of you not familiar with San Lorenzo, it’s in the middle of nowhere, just a dirt road that winds through miles of New Mexico desert. A black-and-white heeler puppy ran out of the desert in front of my truck. He was terrified, and after an hour, he agreed to let me drive him to the nearest town and ask a vet to scan him for a microchip, which he didn’t have — nor was he neutered. The vet said people will dump unwanted dogs in the area where I found him. Having no plan, I drove back to Albuquerque with him cowering behind the driver’s seat. I couldn’t drop him at the shelter, even a “no kill,” because of the trauma he’d already experienced, so I brought him home and slowly we’ve introduced him to a safe and loving environment. It took a week for him to be able to confidently walk into the house without us having to lure or encourage him. We’ve spent endless hours training him to be a respectable puppy who understands the rules of society. He is now crate trained, mostly leash trained, knows basic obedience commands, and 100% potty trained. He sleeps through the night in his crate. We call him Enzo. He’s around 6 months old. Our cats and foster kittens — aka the wascally wabbits who are begging to be chased — have figured out he’s not dangerous, just obnoxious. He’s slowly growing out of the cat-chasing phase. Here are the expectations Enzo has for his future adopters:*People who can offer him an enriched life, both indoors and out, and who understand the herding dog personality.*People who will invest in additional training post-adoption – specifically on walks (when cars, people and dogs pass by, he tries to lunge, but has gotten a lot better).*People who agree to return him to us – no questions asked – if it doesn’t work out. *People who agree to multiple play dates with Enzo before taking him home, in order to ease him into a new pack.His neuter surgery is scheduled for April 2. He will be microchipped also. He’s had his first set of shots and will have his boosters in a couple weeks. We’ll be asking for an adoption fee. Nothing too steep, just enough to show us that the adopter is invested. If we didn’t have 3 other dogs and a clowder of cats, we’d keep Enzo. I know, as he matures out of puppyhood, he will be a perfect dog who will shower his adopted family with gratitude and joy. We expect him to be ready for adoption early to mid April. If you are interested, please PM me. Or email jenmegbar@gmail.com. Thank you, and Dog Bless America. 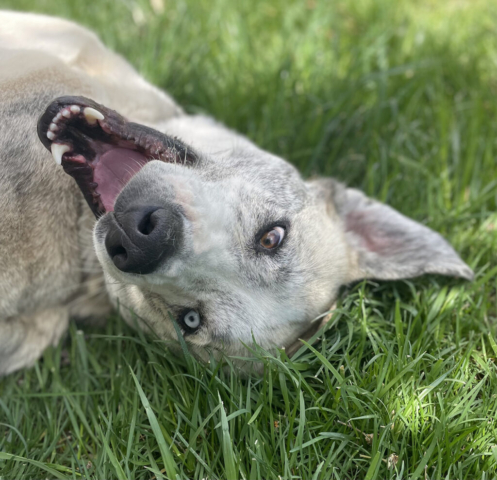 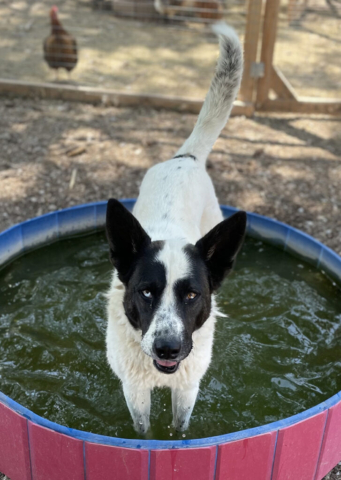 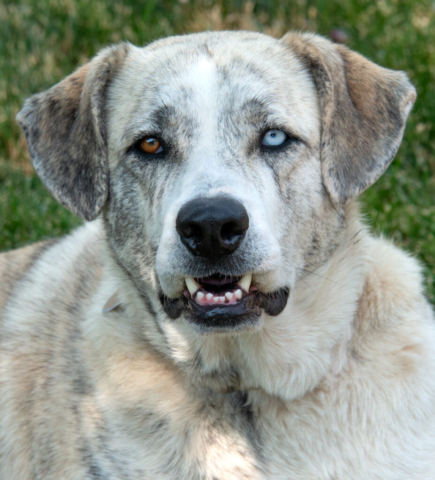 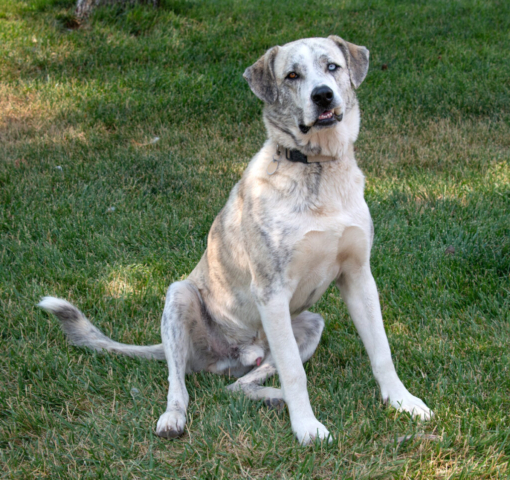 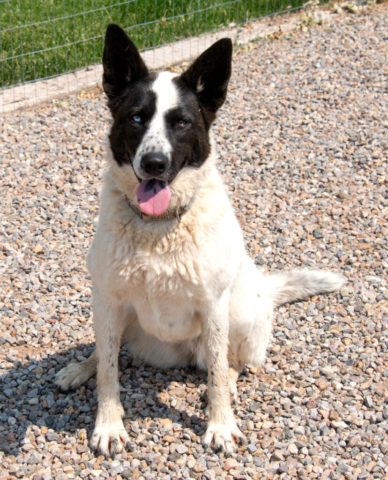 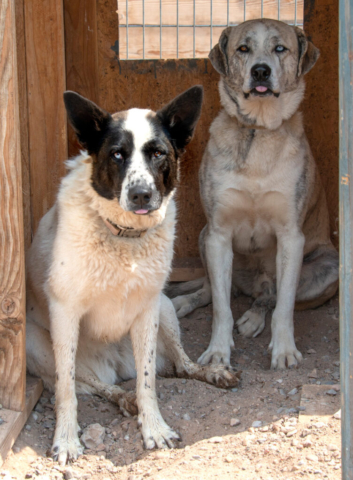 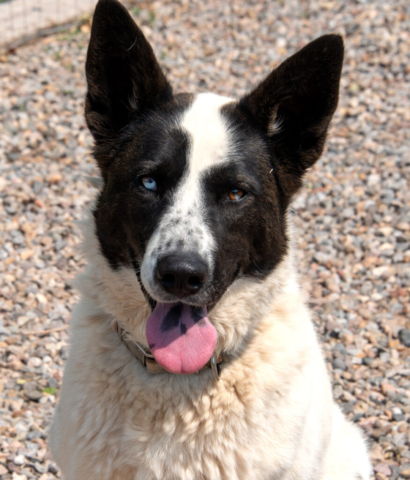 Kermit and Tulip were left behind when their owner moved away. The new owners of the house were willing to keep them but they did not get along with their little dog. Click on photos to see larger images. Please contact me for more information. 505-463-4553, joycefay@broandtracy.org

Kermit is a loveable goofball. He is a playful 3 year old mixed breed, raised as an outdoor pup on a farm. He is fully vaccinated and has no health problems. His tiger stripes and fearsome bark make him an intimidating guard dog, but he is extremely gentle with humans and their children. He plays well with other medium to large dogs, but he can be occasionally aggressive towards small dogs, cats, and other smaller animals. Kermit is a very good boy, but he hasn’t received the attention or training that he deserves. He would love to be taken in to protect and adore a new human family.

Tulip is a mixed breed with a ton of energy and even more intelligence. She is playful and loves human companionship. She is around 3 years old and is up to date on vaccinations. She has no health issues. She has been raised as an outdoor pup on a farm and is great with other dogs, human adults and children, but she is somewhat aggressive towards smaller dogs, cats, and other animals. I have no doubt that she will be a great best friend, she just needs a human who can give her the love and attention that she deserves.